Adds The Soldier from Team Fortress 2 - the Rocket-Jumping Specialist. Updated for SotV! Now with new weapons!

Adds the Soldier from TF2, ready for any war that comes his way.

The Soldier is a mobile survivor that can use his tools to reposition himself, or aid his allies.

This mod is a work in progress! My experience with the mod creation process is very limited, so expect jank. Network functionality hasn't been tested much, so multiplayer may not function as intended. 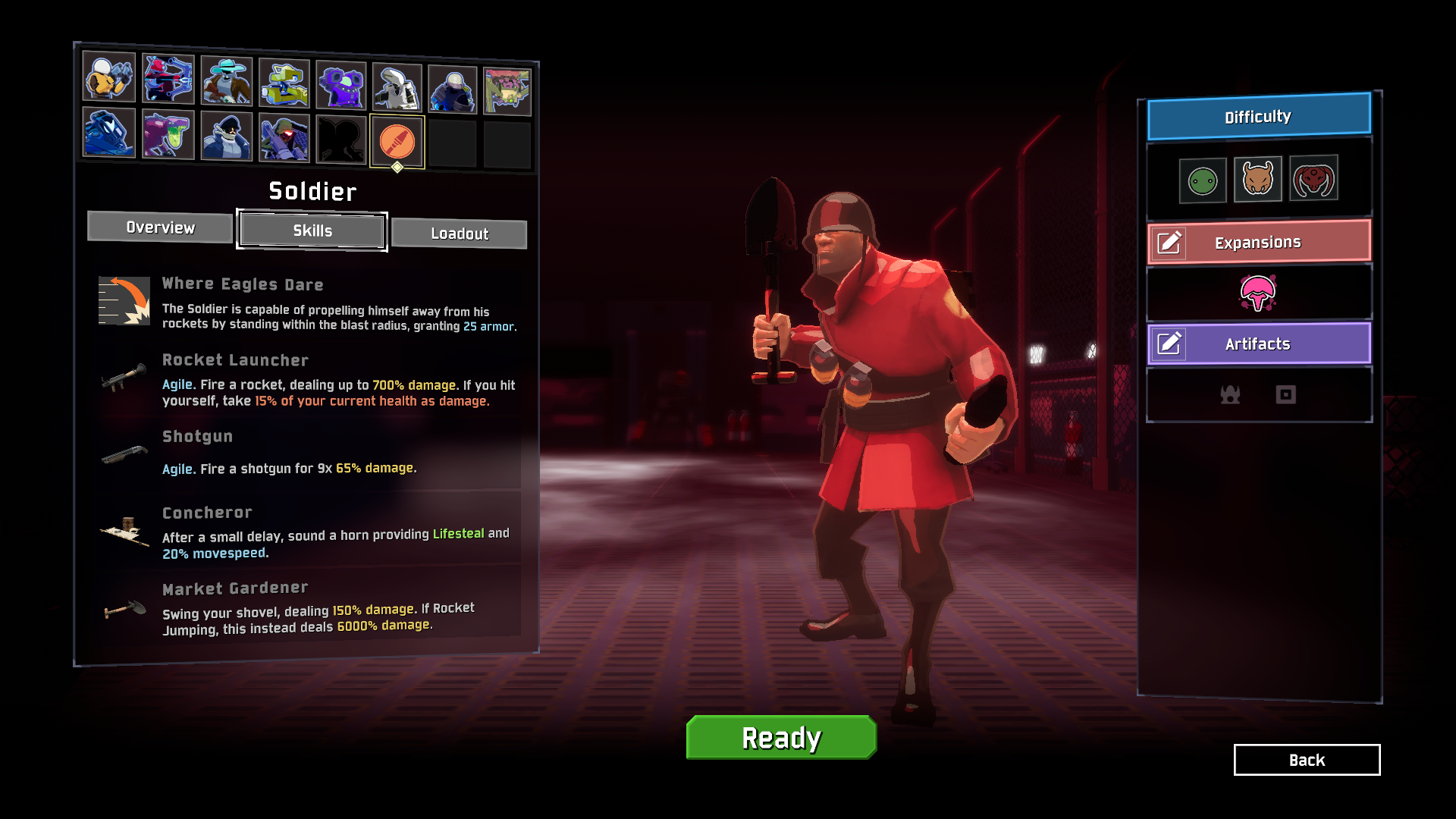 Something weird or unexpected happen? Did a bug I thought I fixed just pop up? Have some feedback regarding balance, ideas, or general questions? Feel free to contact and tell me!