Adds Bandit as a playable survivor with 4 alt skills! Now featuring the Dynamite Bundle! V3 update will reset your config. 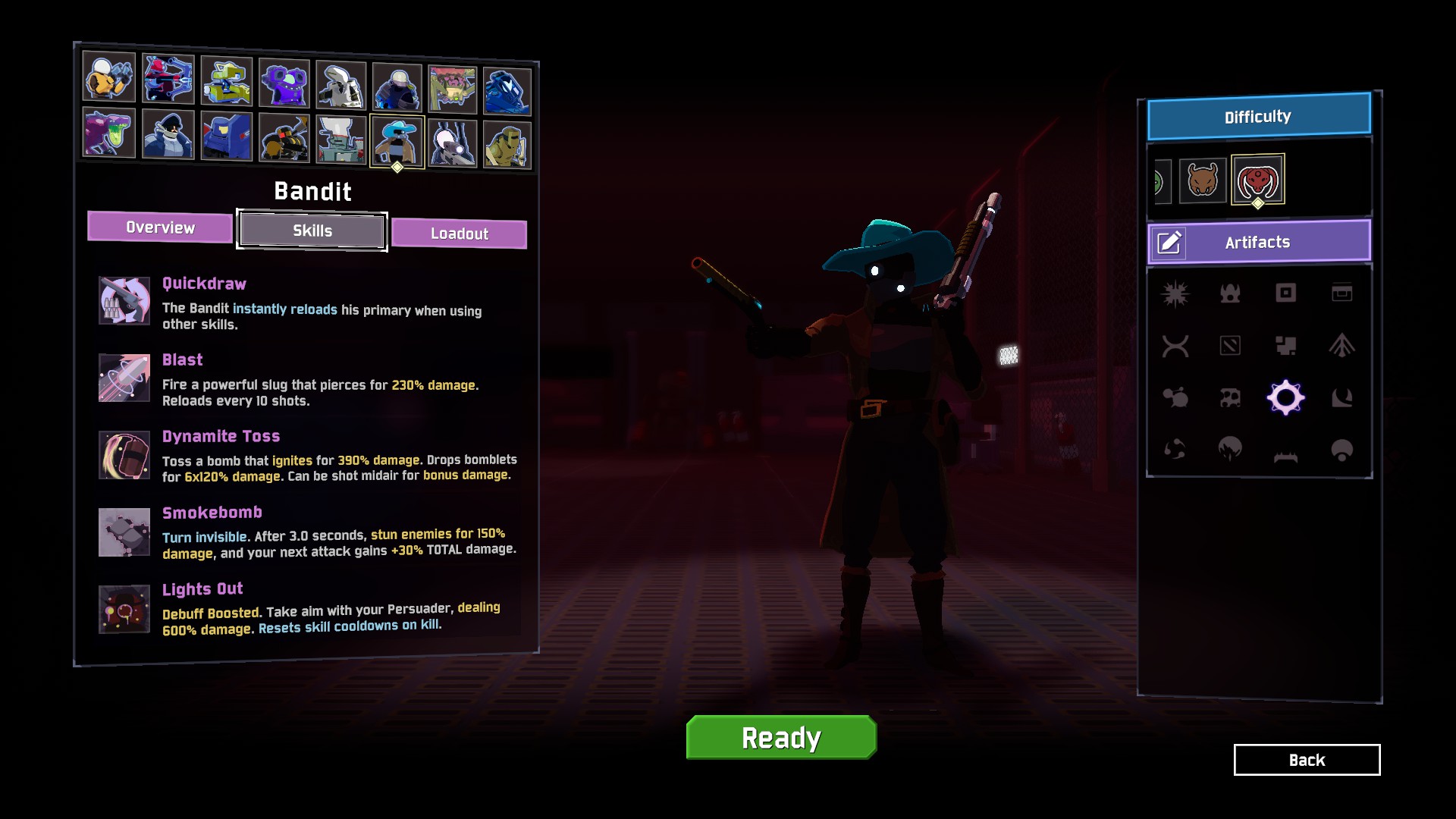 3.0.0
I originally wanted to include a Mastery skin with this update, but the plan fell through and I ended up becoming really busy. Unfortunately it probably won't be happening for the forseeable future.

Config Changes:
Let me know if any config options are nonfunctional.

Blast's mag size increase should make it play better with Bandit's skill cycling, since it takes longer to empty his mag now. Scatter changes boost its raw damage but makes it less reliable at range due to the smaller pellet size. Range increase was done to make it a bit more usable against Mitch.

Hoping the grenade changes makes each grenade stand out more as interesting skills with well-defined niches, instead of simply being debuff balls. Idea is that Dynamite is for AOE damage, Thermite is for single target damage that benefits from getting lots of cooldown resets, and Acid Bomb is the one designated debuff ball.

Smokebomb is now nonlethal so that it combos better with the Special cooldown reset. The damage boost is meant to be comboed with Bandit's Specials for huge damage, or used with one of his grenades for big AOE damage.

Overall goal with Special changes is to make them stand on their own better without needing to always use them with a grenade for debuffs, while also reducing their debuff bonus potential since Bandit's gained a lot of boosts to the rest of his kit. Grace period reduction is intended to make cooldown resets require more thought, instead of being able to sloppily Lights Out something from near full health while still having enough time to spam a full mag into it.