Adds the Sniper from Risk of Rain 1 along with his Spotter drone. Multiplayer-compatible!

The Sniper is a long-range DPS who uses powerful charged attacks to take down big targets. His Spotter drone allows him to analyze enemies, causing heavy attacks to transfer their damage to nearby enemies when hit.

We are looking for translators! Check the languages folder on the GitHub if you would like to submit a translation for your language. 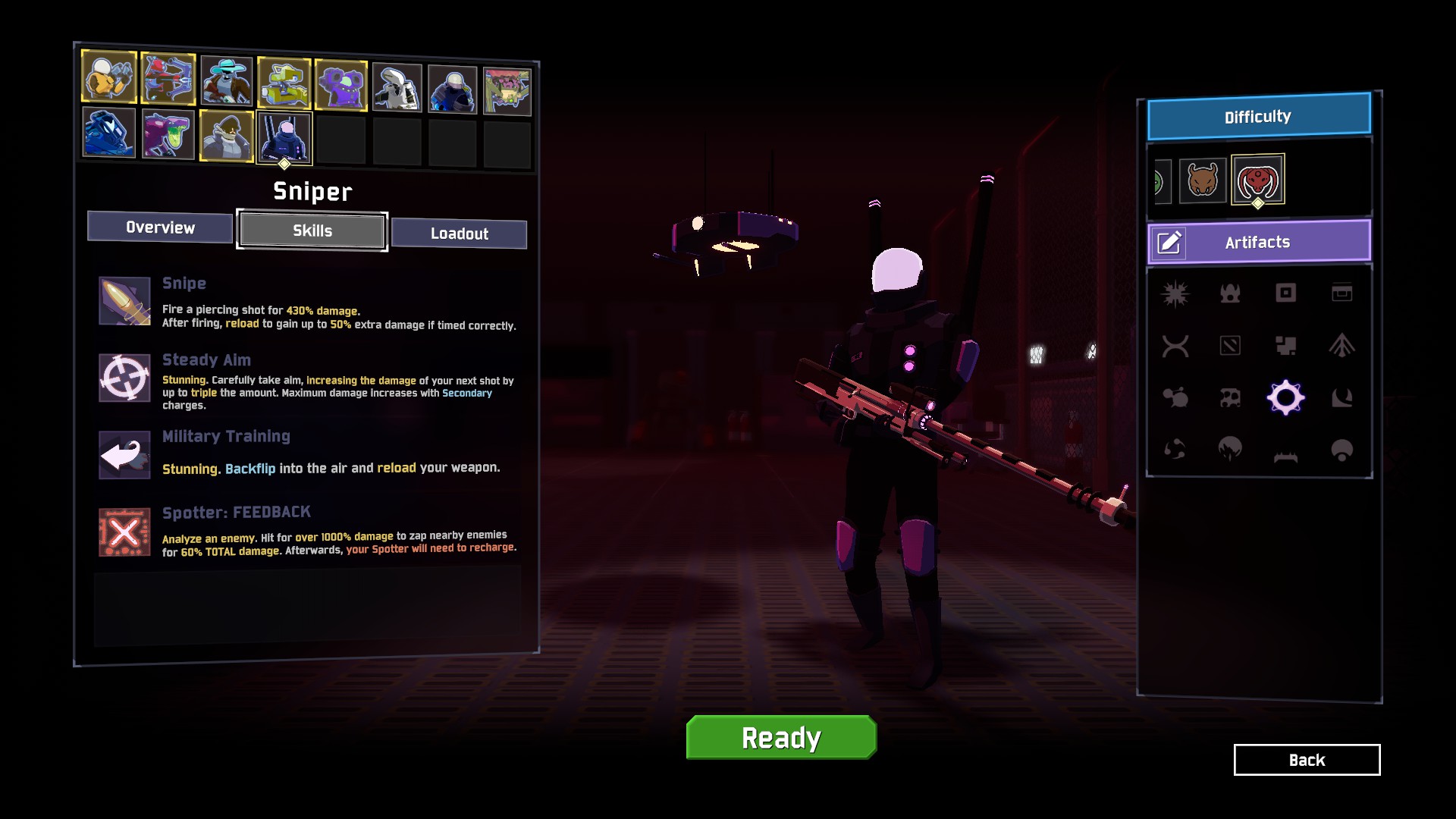 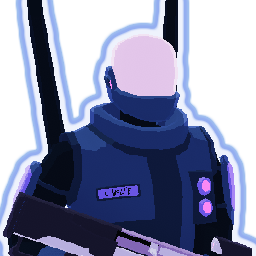 Place the SniperClassic folder in /Risk of Rain 2/BepInEx/plugins/
Settings can be changed in BepInEx/config/com.Moffein.SniperClassic.cfg

Big thanks to Rob and Timesweeper for helping me with all the code-related stuff to get Lucid's models in-game, along with doing the animations! You guys are lifesavers! Also huge thanks to Lucid for all the models!

Huge thanks to TimeSweeper for coming in and pretty much finishing up everything that needed to be done with regards to animations, skins, and unlocks.

This effect should help turn this into a setup/combo tool, instead of purely being for repositioning.

This should put it at around the same spot it was when Sniper's damage was 15, since it's mainly just Snipe that was too strong damagewise.

Most people agreed that 13 damage was too low so I'm bumping it up back to 14. Experimenting with sweetspot falloff on Hard Impact, since it bugged me that you dont actually have to go for direct hits to deal full damage with it. Since this should make it a lot harder to use at range, it's getting a buff to its damage and blast radius to assist it. The damage buff essentially just makes it do the same damage it used to do when Sniper had 15 damage.

Somewhat of an experimental update, trying out lots of different changes. The general idea is that I want to make Sniper's alt skills have a larger impact on how he plays. I think his base kit felt good to use, but it was pretty much the only way to play Sniper. With these changes and additions, I hope that Sniper will have much more replay value. Let me know how these feel, and if they make Sniper too strong/weak, or if they make him awkward/better to play. Ping me, open an issue on the github, DM me. Every bit of feedback helps!

This skill should be familiar if you've played the original Starstorm mod for Risk of Rain 1. Instead of being a passive debuff targeted towards a single enemy, this Spotter mode actively damages enemies while drawing nearby enemies towards it. Special thanks to DestroyedClone for lending me the code for it!

Steady Aim's max charge multiplier has been reduced to compensate for all of Sniper's primaries getting buffs to their uncharged damage. Overall compared to before, Sniper will be doing more damage when unscoped, while charged shots will do less damage in total than before (but still enough to 1shot a Golem with a fully charged Feedback + Snipe on stage 1).

Hard Impact was pretty much the same as Snipe, but with different numbers. The movement penalty didn't matter much since you could just backflip away. With these changes, I hope to give the skill a unique identity of its own, while still keeping the heavy and hard-hitting feeling of before.

A common complaint about Snipe was that it couldn't 1shot trash on stage 1. Additionally, the whole reason Hard Impact existed originally was because Snipe's reload bar was too fast for some people to hit. Instead of trying to have 2 copies of the same skill but with different numbers, I want the default Snipe to be the only 'sniping' skill, and I want it to feel right to use. With the increased damage, Snipe should be able to 1shot beetles and lemurians on stage 1. To account for people who can't hit the fast reload timing, I've added a config option to slow it down. By default it will use RoR1's fast reload timing.

To account for the lower value of fully charged shots, Mark has had a slight damage increase and a decent reload time decrease to compensate. I was hesitant to buff the damage too much due to feedback I received early-on about the skill being too strong compared to Sniper's other options, but let me know how this feels since I spent the least time testing with this.