Standalone MMHOOK_Assembly-CSharp for other mods to depend on.

Lord Zot is a mod for Risk Of Rain 2.

https://discord.gg/Mbs7Y4Sm88 (I hope this link doesn't randomly expire despite me telling it not to)

Zot's my first coding experience, and as such, he is quite buggy. He should be the first mod you disable when an issue arises, and he should not be installed if he is not being played. Expect multiplayer to break entirely, from missing animations to even deleting the UI of non-Zot players. This is not just spaghetti code, the noodles are made from Cthulhu's writhing tentacles, and I'm fairly certain its angry at me for creating it.

ZOT CANNOT PICKUP ITEMS! This is how he is designed to be played. However, Zotconfig.cfg IS included, for those who seek chaotic power. Zot's base damage is 0, and he has no proc coefficients, so offensive items will be very ineffective. Defensive items will be overpowered, due to Zot's already Boss-level max health.

He is an original character designed as a vessel for me to implement fun ideas. He is largely composed of references to popular villains, particularly from video games.

His implementation in Risk Of Rain 2 is designed as a sort of role reversal. You are playing as a character who, in any other context, would be the antagonist.

You've all heard of DnD characters performing rituals or collecting magical artifacts to achieve ascension, in a maniacal pursuit of power. It then takes a whole party to defeat them.

That is what you will be playing as. Zot is extremely WIP currently, and everything is subject to change. I am a junior programmer using this project as an opportunity to learn C#, and am motivated solely by the desire to craft a specific power fantasy.

Make sure you're prepared for the instability Zot can bring to this plane, and avert your eyes from the debug console. He has no skin index currently, so he's rather incompatible with some mods. I'm working on this issue

Zot has a base movement speed of 3/MS. His sprint has no effect, and his jump is unwieldy, yet powerful, able to be charged for geater effect.

he pimp walks at an insultingly leisurely pace unless Titan's Stride is used, which causes him to either blink forward in a burst of speed; additionally, his jumps travel a great distance at high velocity based on gem power infused.

for Zot, movement is calculated and deliberate. he must choose when to move, but when he does, he really moves

which should compliment his overwhelming power. building power, conserving energy, managing and growing resources. most of the time he survives through sheer attrition, and when the time comes,

ending fights immediately in a burst of bibilically earthshattering motion. if he miscalculates, he can end up in a dangerous position for a long time, but to make up for it he is far and away the most durable survivor with a health pool that rivals bosses.

I plan for Zot to not use items, but for now he can. note that Zot is intended to be played completely ignoring items, and is balanced accordingly. He has no base damage, and no proc coefficients, but defensive and healing items are brokenly powerful on him.

Passive 1: Zot does not gain experience from defeating enemies. Instead, he gains power with each Gem obtained. He has a "Gem Power" resource, with a max quantity based on how many gems have been collected. Any of his skills can be held down to infuse it with gem power, granting it an additional effect based on how much power is used. ^ The gem system is not implemented yet, but prototype Gem Power is here!

Passive 2 - PARTIALLY IMPLEMENTED: Special destructible nodes in the environment appear to Zot. These nodes are color-coded to the type of gem fragments they contain. Collected fragments heal Zot for 7% + 180 health. Here is the unimplmeented bit. Gem Fragments are color coded as to the type of gem they contain. After collecting enough fragments of a certain type, Zot gains a gem that he sockets into his armor. Each type of gem grants different bonuses depending on where it is slotted.

Passive 3: The body of Lord Zot is of such immense weight that his descent in the air is nearly impossible to stop. However, he cannot be moved or knocked back by attacks, his footsteps cause up to 200 damage and knockback to nearby enemies based on distance. When falling from heights, Zot takes no damage, and causes powerful quakes that deal damage based on velocity and distance to affected enemies.

Passive 4: Inevitable - Placeholder Passive - Lord Zot gains maximum health and Gem Power with each gem collected, based on a quadratic formula that increases in value every time, accelerating Zot's growth.

Passive 5: Zot exerts the very laws of physics upon his foes, that they arrogantly attempted to ignore prior to engaging him. As long as Zot is present in the level, enemies that impact surfaces will trigger radial damage, based on their velocity and mass. The harder you knock them against a surface, the greater the magnitude.

LMB - Eldritch Fury: Zot throws a punch with one of his shielded gauntlets, alternating arms with each swing, releasing radial explosions. Consumes 1 gem power, or 1% of current Gem Power, whichever is higher.

(Unimplemented bits of this ability next) His Red and Blue shields have different effects based on slotted gems. If charged for 1 second, Zot consumes all Gem Power and swings multiple times over the course of 1.5 seconds, swinging more times over the duration based on Gem Power infused.

RMB - Gem Bulwark: Zot swings with a backhand, (unimplemented - deflecting projectiles and blocking frontal attacks for an instant). Nearby enemies are knocked back, based on maximum Gem Power. If held, Zot then begins channeling Gem Power into his palm every second. Upon release, Zot fires a laser very similar to the ones fired by Golems, with a magnitude based on how much raw Gem Power was infused. 100% damage per 1 Gem Power.

Shift - Titan's Stride: Zot blinks forward in an immense burst of speed. (Can "pathfind", allowing it to cross gaps (even to a higher elevation!), and pass through thin walls. This has the unfortunate side effect of teleporting you to the nearest pathfind node, meaning it teleports you out of secret areas, and plain doesn't work in the bazaar. Using it in the air circumvents this issue, simply moving in the direction of your aim.)

-If the V key is pressed while in the air, Zot begins to float, consuming a flat amount of Gem Power per second. He can attack freely while floating, and can fly around.

R - Eldritch Slam: Zot holds a fist in the air, and then hurls an immense blow with intense knockback. (If aimed towards the ground, half damage is dealt in an AoE, and enemies are knocked upwards.) This ability can be charged, consuming Gem Power per second for a larger effect. Also instantly charges a small amount of Gem Power, up to 5 if available. (Releasing this ability in the air sends Zot hurtling towards the ground. It can be charged without interrupting floating.)

All of the above is very subject to change, and Zot is very, very unfinished.

This isn't really implemented yet, but I'll talk about it here.

Zot is fused with a sort of magic "gem engine" he uses, which will become quite bedazzled with enchanted minerals. there's no cap to how powerful and plentious your gem collection can become.

gems are not consumed with use but each one contributes to your maximum "gem power" resource and regeneration of said resource, which can be expended all at once on any ability.

Any part of his body that is golden is a potential placement point for gems.

The Gem System is currently not implemented. 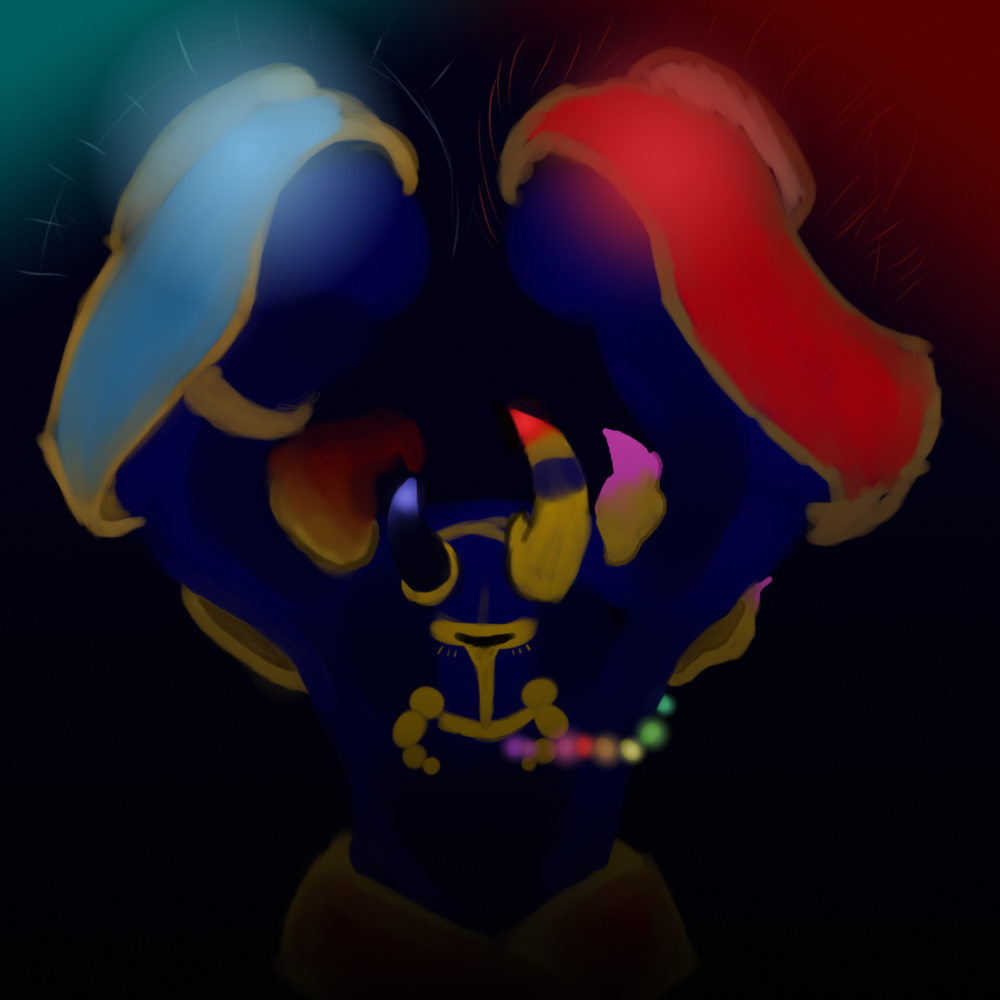 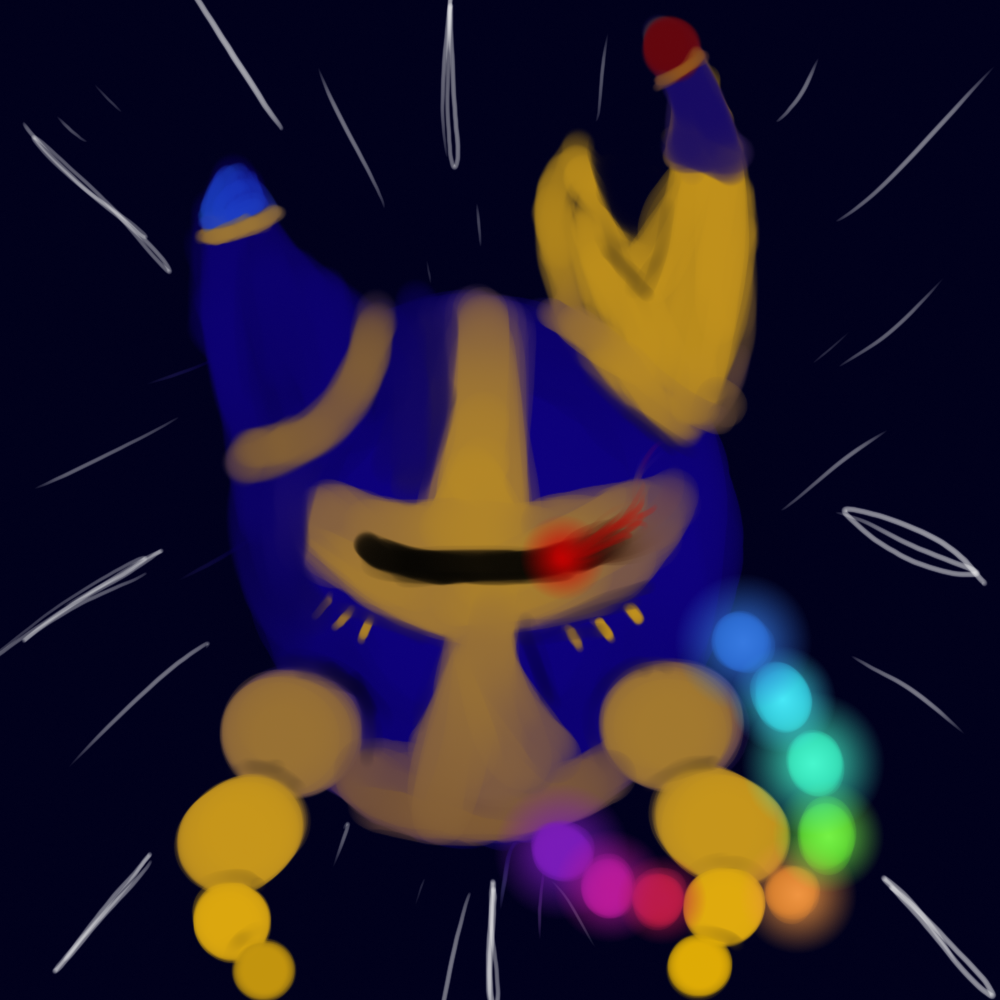 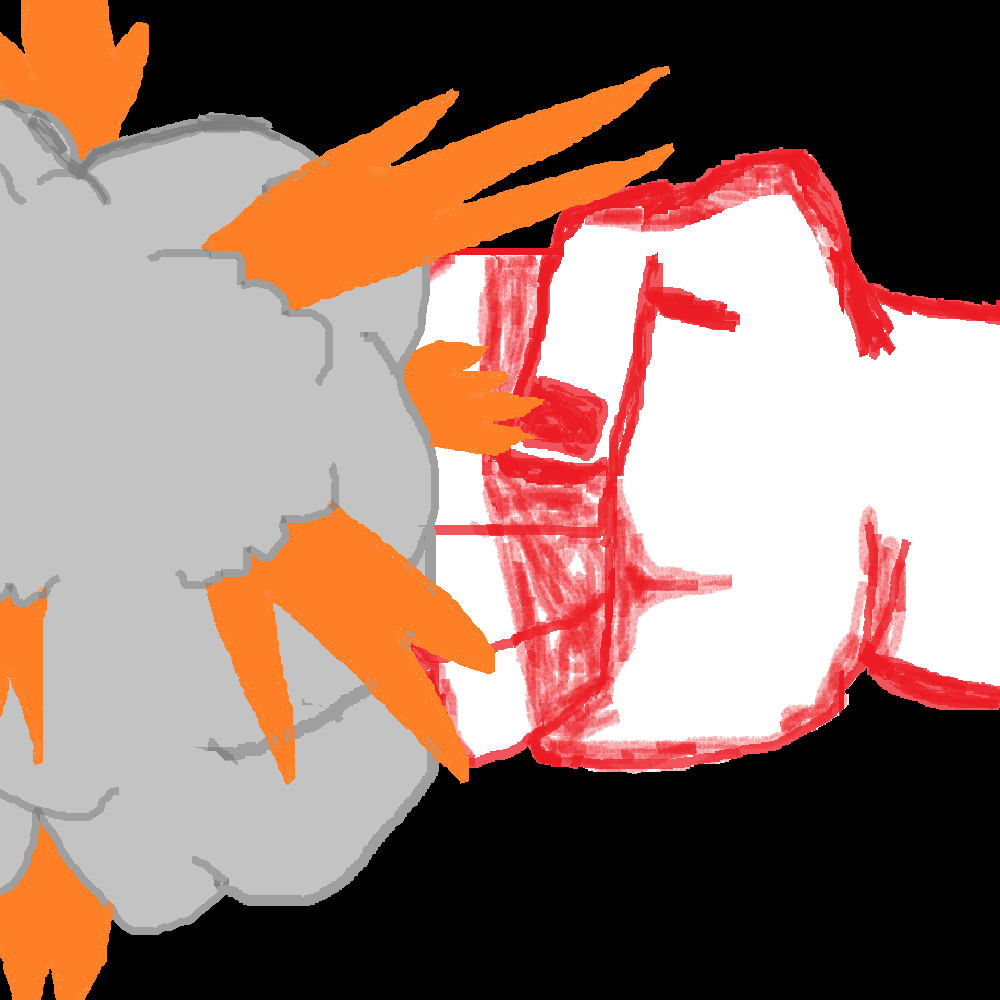 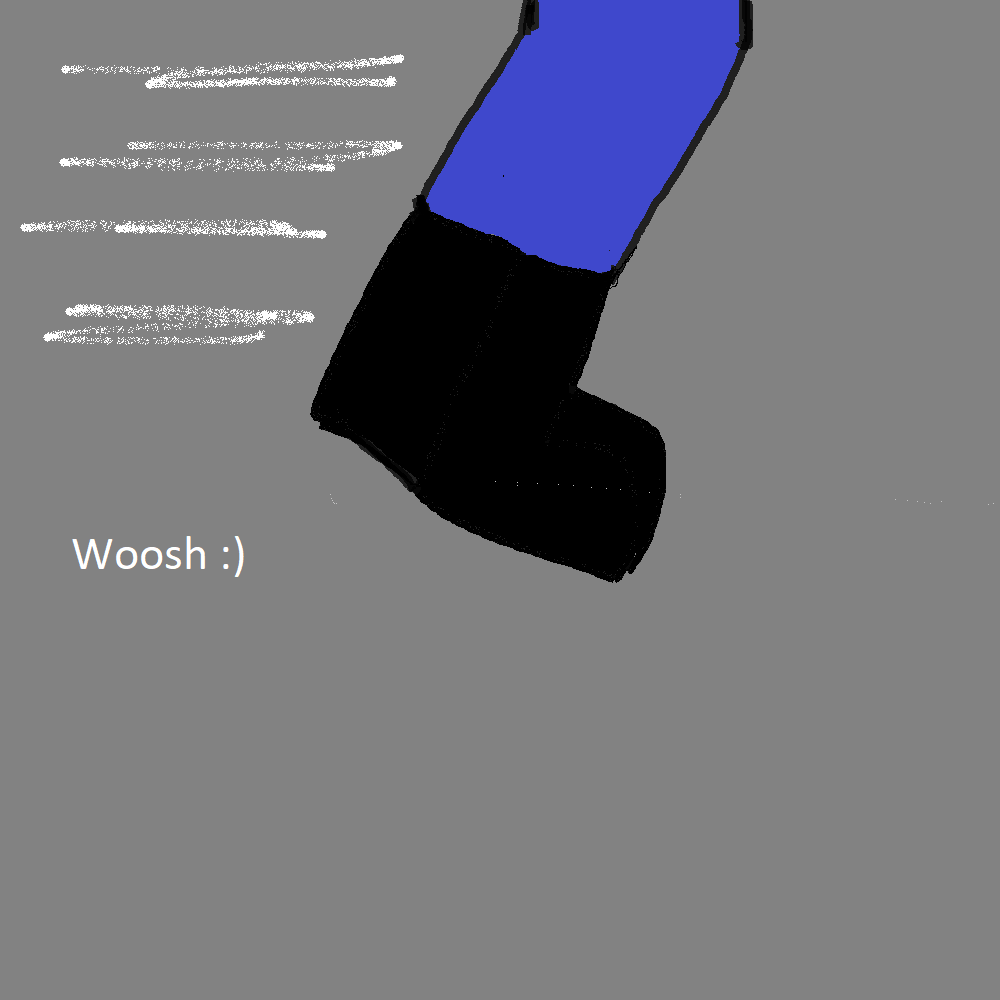 Rob - I've referenced ExampleSurvivor and many of his mods, and it's probably the only reason I've gotten this far.

KomradeSpectre - Received lots of nice advice on Discord from this person!

Please let me know if I forgot you! I'm very forgetful, but don't intend to miss anyone!

Essentially, you now have a single target option and an area effect option.

1.1.5 -- GOD HOW DID I NOT NOTICE EVERYONE HAS ZOT JUMP -- Titan's Stride tweaked. -- Jump physics tweaked, you should have a bit more control over your jump now.

-- Zot's power jump implemented. If jump is held, Zot will begin storing energy for the jump. The longer jump is held, the higher Zot will jump. While jumping, Zot has increased speed, proportional to charge time. Additionally, enemies near Zot's initial jump will be carried straight into the air with him. Zot will have high air control at the start of the jump, but will soon lose the ability to change direction. Zot's charge rate increases slightly with character level. -- Titan's Stride completes sooner. -- Fixed Zot's teamindex, he no longer damages allies. -- Zot's quake is now sweetspotted, dealing far more damage to enemies closest to Zot, and far less to enemies further away. -- Placeholder icons, courtesy of Geartor (and a lil later, PentaKayle and GameBoy) -- Zot's footsteps and landing quake now send enemies slightly upwards.