A convenient API for adding BepInEx ConfigEntry's to a option menu

This pack consists of complete Risk of Rain 1, Risk of Rain 2 (SotV included) and DEADBOLT soundtracks. The file settings.xml has been configured to support the included tracks - basically, game's original ost plays (mostly) on the same stages as vanilla with added music from 2 other games. I tried to stay as accurate to the mood of each stage as possible and add at least one additional track (both normal theme and tele event) to each stage.

Massive credit goes to Kyle Paulsen for developing the original mod (https://thunderstore.io/package/Kyle/OriginalSoundTrack/) and to Chris Christodoulou for composing the soundtracks.

As of 2.0.0 update, you can change the volume of the modded soundtrack while in game using RiskOfOptions right here:

Since the mod doesn't actually replace the original game's music but plays on top of it, game's music volume is automatically set to 0 upon game's launch, so it should look like this:

Most boss music in the mod has shorter variants that start closer to their respective crescendos that can randomly play instead of the full version from the original OST - some more intense parts of the original tracks usually are incredibly rare to be heard in game (because of how the game difficulty is structured - you are heavily discoraged from not charging the teleporter during the tele event). The variations add a little bit more variety to the soundtrack and frankly some of those more intense parts are just too good so now you don't have to throw to hear them.

"What songs does a specific stage have?"

You can view the complete mod OST chart here by clicking on the image: 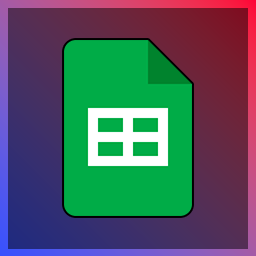 Since it's based on OriginalSoundTrack, you are still able to add/remove music tracks and assign stages for them (or for the existing ones) in the settings.xml file, which is located in the mod folder. You are still able to change the volume of the individual tracks in it, but as of 2.0.0 the global volume tag at the very top of the file does nothing and the true value was instead moved to a config file so that RiskOfOptions is able to change it.

The mod is incompatible with any other mod that is using NAudio.dll to play sounds. Make sure you either delete or disable the conflicting audio mods. It's also vanilla-compatible, so you don't need the SotV to run it AND it would work with new stages if someone hosts a game for you with the DLC enabled.

If you are experiencing any problems with the mod, have questions about it, think that some music choices are odd or want to help me getting around the issues, add me on discord: MrCounterMax#8959