Adds The Murath Machinist to ROR2, Based off of the Murath and their ships in Rebel Galaxy. Multiplayer compatible. 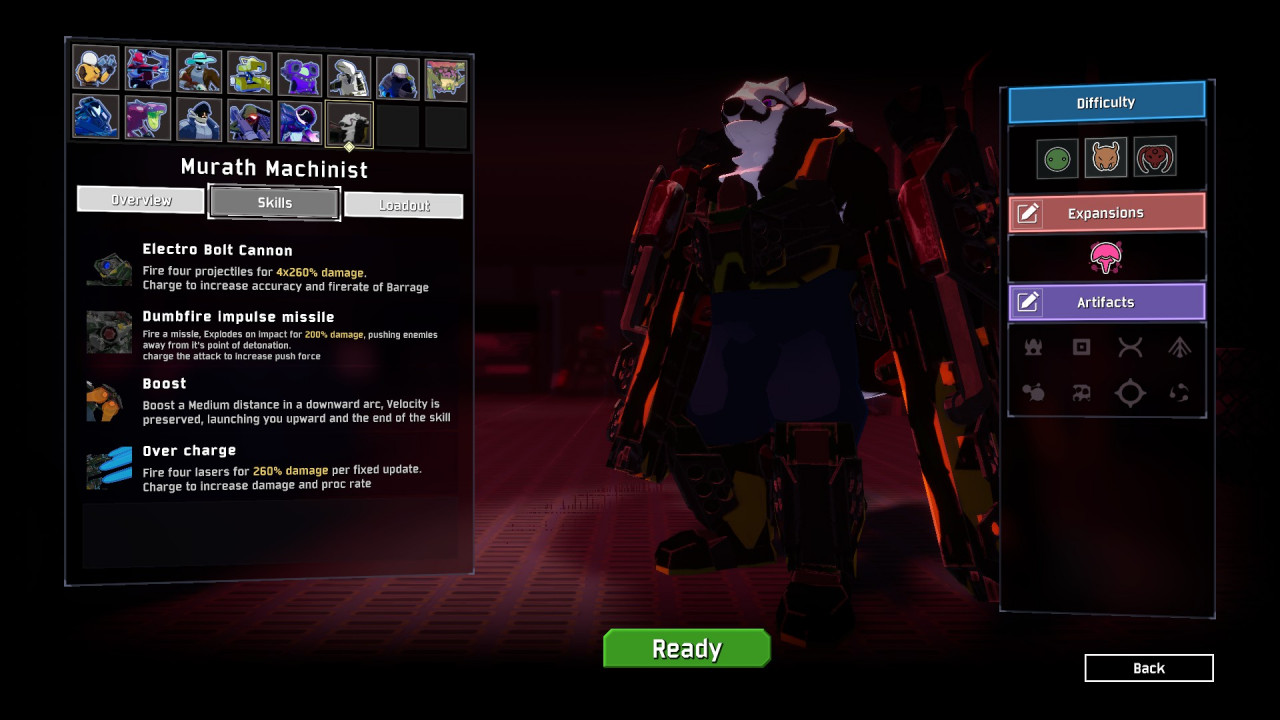 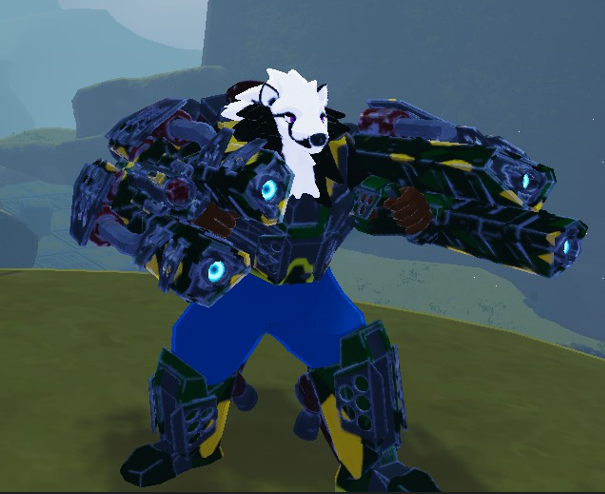 The Murath Machinist is a maneuverable ranged survivor with high range and damage. However, he has low health and a large hitbox.

All of Murath Machinist's attacks are chargeable.

Electro Bolt Cannon is a chargable attack, as it charges it's accuracy and burst firerate increases. It can be spammed to produce a constant barrage of innacurate projectiles. Increased attack speed increases the rate this ability charges.

Dumbfire Impulse missile is a low damage attack with high force. Can be charged to increase the force it applies to enemies within it's radius. Increased Firerate raises the charge multipler.

Quickly move in the direction you're aiming. Boost Uses a downward arcing trajectory and preserves some velocity on exit. This can be used to land gently on hard to reach places, but can also cause fall damage if you're not careful.