Allows players to respawn as a monster when they die.

Allows players to respawn as a monster when they die. Highly configurable. Only the server host needs the mod. 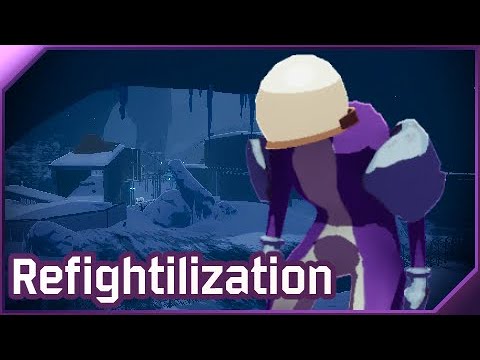 If you ever want to mess with this mod while in single player, there are some config options to change. However, this mod is intended for multiplayer use, so you may still end up encountering issues or you may even get a game over.

Issues are tracked on the Github. Feel free to leave any suggestions there as well.

Come help get Refight translated to other languages! The more, the merrier.

The Github is the best place to leave any issues or suggestions. However, if you have any general feedback, feel free to message me on Discord. You can find me at Wonda#2183 in the modding server.

Thanks to Nova and Arky for helpin' me scheme up the name for this thing.

Thanks to Fantab and Loke for inspiring this project to exist.

Thanks to Cebe, Joe, JC, and PurpleKid for helping me test this mod out prior to release.

Thanks to Lux, EnderGrimm and Gaforb for providing tons of feedback to help make this mod better.

Thanks to Nebby for giving advice on making the mod better compatible with other mods, and for helping with some errors with VarianceAPI.

Thanks to Shower and Infinityhero for coming up with amazing revive messages.

1.1.6 - Added fix for PluginChipsMod; alongside a config option to test other mod respawn methods with and without Refight interfering with them, added Russian translation (thanks Regoioz).

1.1.4 - Removed ForceItemRestoration, ReturnItemsOnStageChange, and RemoveAllItems due to instability. Minor adjustments to drone and spawning behavior. (Please send an issue report regarding any lost items.)

1.1.2 - Added Chinese translation. Disabled respawning for Commencement, option can be toggled in config.

1.0.17 - Fixed Artifact of Metamorphosis not respawning players as monsters.

1.0.12 - Depreciated support with MonsterVariants. Improved Support with VarianceAPI. (Special thanks to Nebby)

1.0.11 - Hotfixed a softlock that occurs when a user disconnects from a server! Prevented a NRE when attempting to respawn a disconnected player. Added minor performance improvements.

1.0.6 - Caught edge case of player respawning after all players teleporting, fixed compatibility with mods that respawn players, and added feature where dead players can kill alive players to respawn.

1.0.4 - Fixed compatibility with ClassicItems and StandaloneAncientScepter, and added config for Aspects.

1.0.3 - Added item configs, added config for MonsterVariants, added scaling respawn timer, prevented respawning as a recently spawned monster, caught bugs regarding disabling the mod, adjusted spawning to prevent softlocks, altered Affix code to give players Elite Aspects instead of buffing them, adjusted spawning to prevent being unable to pick up items, added functionality with some artifacts.

1.0.1 - Updated README to provide some useful hints for using the mod.