The goal of this mod is to buff Beetle Guards spawned by the Queen's Gland so they provide more than just emotional support.

The biggest issue with Beetle Guards is their inability to fight an aerial enemy, to counter this its attacks now launch projectiles. These extra projectiles also make Beetle Guards deal a lot of extra damage so their damage has been reduced, however the additional projectiles make it higher than before. 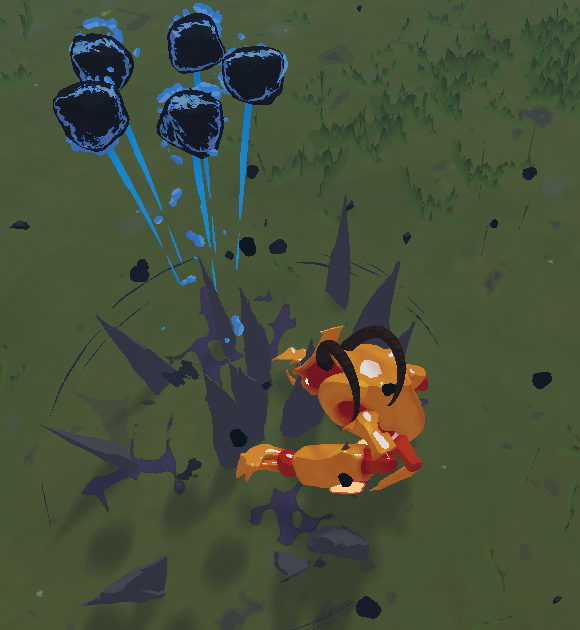 For its Slam skill it fires out 5 projectiles evenly upwards. This is mostly for crowds and flying enemies that are just out of range.

Its Sunder skill now fires 5 projectiles in the direction the Guard is aiming. This allows them to hit flying enemies.

The AI now prefers to use Sunder over Slam, this is so it doesn't get locked into using Slam against flying enemies that are slightly out of reach. The Beetle Guard will often target nearby grounded enemies over flying ones.

Each player can now only have 3 Beetle Guards each, further stacks increase their health and damage. The 30 seconds respawn timer now actually functions but is reduced to 20 seconds. Beetle Guards spawn with an elite affix for some extra spice.

The mod also adds 2 new skills to the Beetle Guard to make them useful beyond damage.

A new Utility called "Recall". This skill teleports the user back to their owner, the AI uses this when it's beyond the leash length. This ability is useful for those situations where the Beetle Guard is incapable of navigating back to their owner.

A new Special called "Staunch". This skill gives the user a buff for 10 seconds that forces nearby enemy AI to target it, also during this nearby friendly Beetle Guards gain increased stats. This ability helps keep Beetle Guards useful even after their damage has fallen off.

Just a quick fix to get it running with the new DLC. Give me a yell if the Beetle Guards are spawning as Mending without the DLC.

While the Beetle Guards are much more powerful, their reduced durability along with respawn times gave them way too much downtime. These adjustments should improve uptime by allowing them to recover in-between fights.

And probably other people that I can't remember.