Adds the CHEF robot from RoR1 as a survivor. Multiplayer-compatible!

CHEF is a robot cook who is capable of serving generous helpings to even the largest crowds. Supports StandaloneAncientScepter! 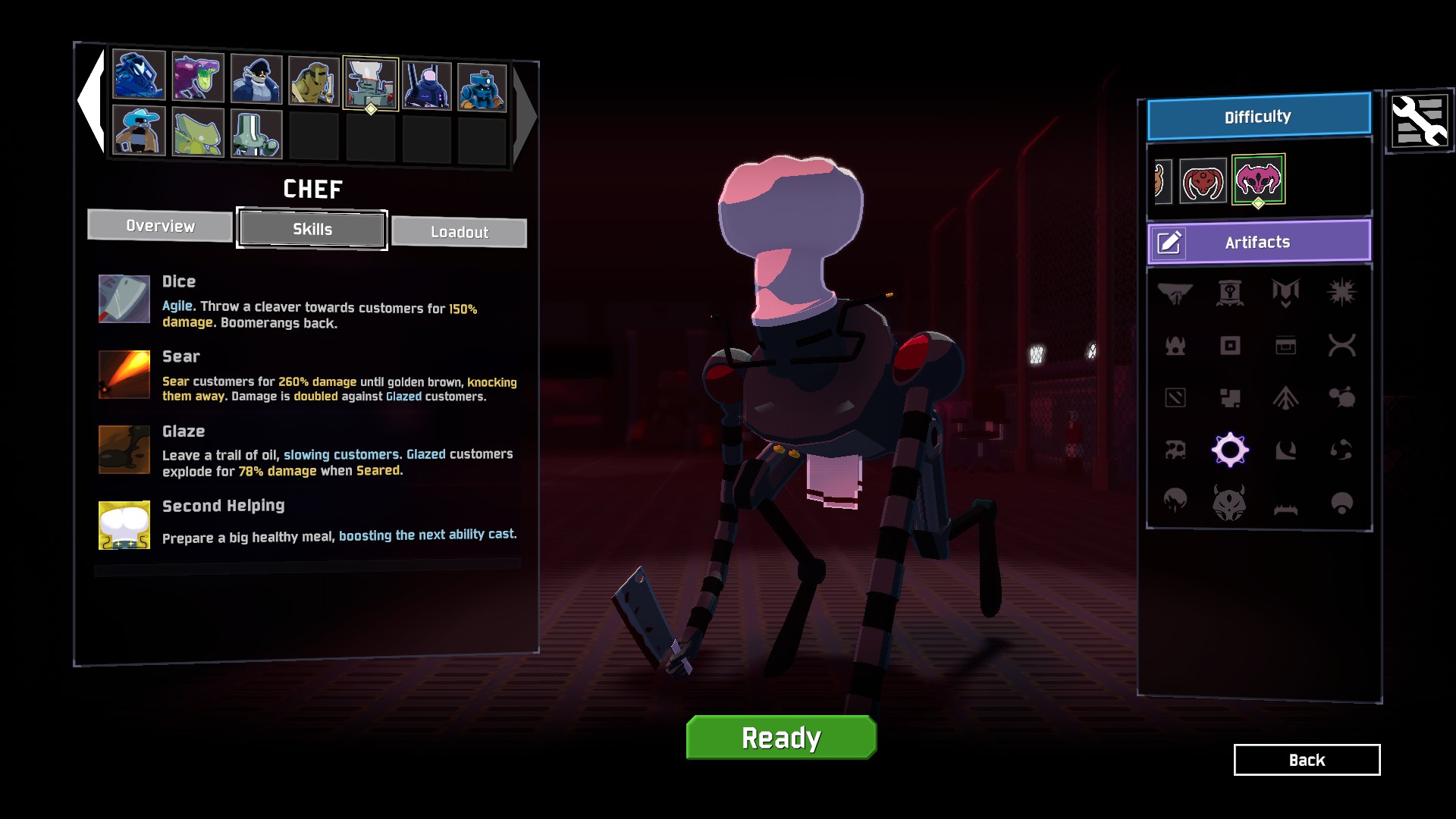 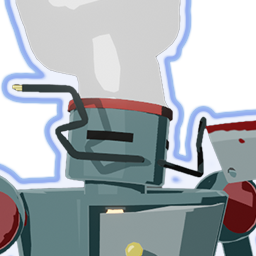 If you have any feedback/suggestions, open an issue on the Github page, or join our discord at https://discord.gg/pKE3QCEsxG

Drop the Gnome-ChefMod folder into \BepInEx\plugins
All players need the mod.

And as always I give my undying love to iDeathHD

Thanks to Gnome for being the big bang in an otherwise cold and empty universe. Whether or not you come back to work on him, we'll be here for ya.

Trying to bring CHEF more in line with the rest of the cast. At the same time, some bugs related to Oil/Sear were fixed, so that'll affect his balance greatly so I'm not sure what to expect. Send feedback about how these changes feel, it will really help!

Oil was doing too much passive damage on top of CHEF's already-high DPS so its been nerfed into being more of a secondary damage skill to supplement your existing DPS. Also the Oil Combine config option was causing it to have even higher DPS than intended, so the config option has been fully reset and disabled.

why did I randomly do so much on this guy wtf?

Thanks to ruin (DestroyedClone) for poppin in

2.0.2 Made the CHEF Invader less ridiculous to fight. Would like feedback on how it feels!

1.0.0 I had this basically done like two weeks ago but swuff told me I really really needed to wait because she was going to make a new css animation and never did -Added character unlock -Added alt primary and unlock for alt primary -Moffein fixed the multiplayer issues (I love Moffein) -Swuff ate a bunch of cum (I fuck swuff) -Added a little boost at the start of the oil slicks if you use it in the air -totally redid the oil visuals -fixed issue where chef was affecting the cameras of some other survivors and also made his camera a little more zoomed out -some more minor tweaks and a bunch of other changes I forgot because I did most of this stuff like a month ago

0.12.2 -patched for current version -I removed the alternate skills temporarily partly because I was in the middle of working on them and partly because I just don't like them very much. -Big thanks to Moffein for getting the mod up to date. -there are definitely a bunch of bugs but I thought it'd be better to get a playable version out as soon as possible rather than take my time getting everything fixed.