2.0.0 Update, new special- One For All! Cycle between %s with upgraded skills for every single base skill! 2.1.0- Balance change to shoot style kick.

Adds Deku from My Hero Academia, a high risk survivor which can boost his stats and skills, in exchange for health regen and even health costs for his skills.

Message me on the Risk of Rain 2 Modding Discord if there are any issues- TeaL#5571. 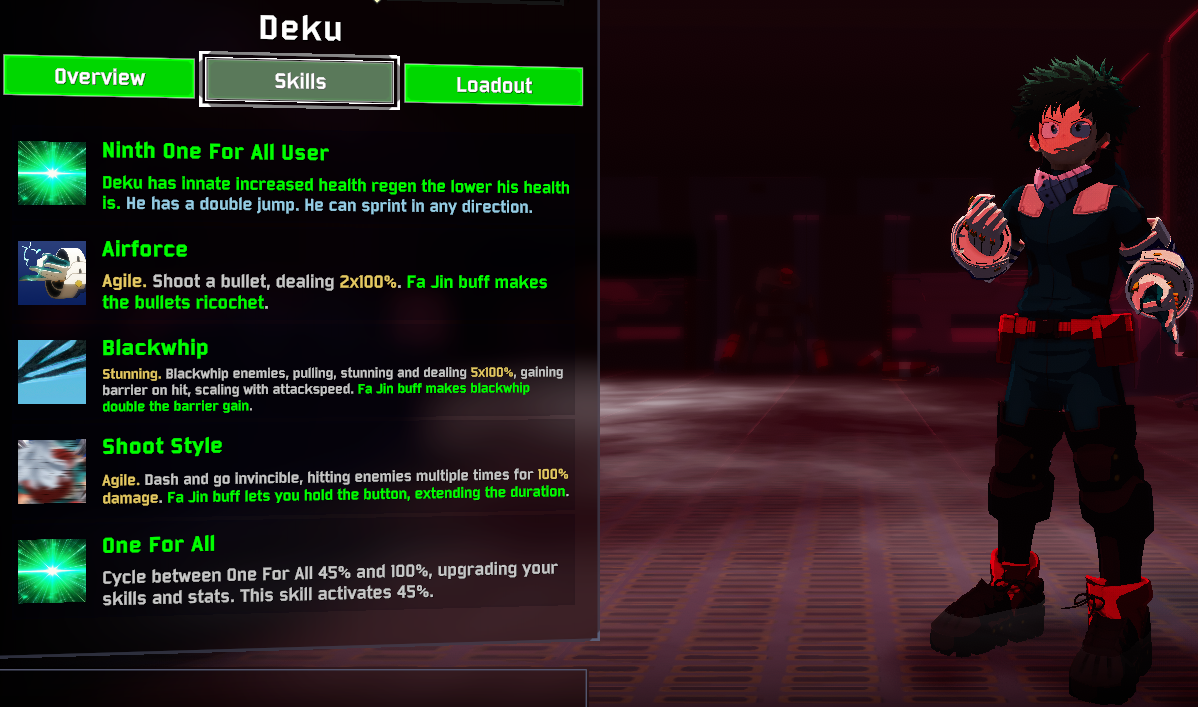 Deku has innate increased health regen the lower his health is. He has a double jump. He can sprint in any direction.

These stats are prone to change.

Better animations (I animated them myself and they are not great- TCoolDzn is helping me big thanks to him!).

Code clean-up (lots of leftover code that I commented out).

Big thanks to TCoolDzn for the 3D Model, future models and animations.

EggSkills for the alternate artificer utility, used for detroit smash.